Again lean six sigma maybe complementary and very powerful as problem solving but one but be very careful about the techniques and principles of lean Manufacturing when used in combination with six sigma.  After the topic of Takt time seen from a six sigma point of view here is another subject where correct treatment of data in lean must be given when we used a a holistic tools with six sigma.

In lean manufacturing time studies are necessary to have a good estimate of an operation cycle time. Cycle times are used to understand the value stream, to calculate the process cycle efficiency, to balance the operations of the process, to perform a yamazumi study, among many other areas of application. It is good practice in a time study to take times during three different time of the day, morning, noon, and afternoon, so that fatigue and repetitiveness are factored in, instead of added by some subjective percentage. It is also good practice to use three different operators each time of the day, a slow operator, a normal speed operator, and a fast operator, so that there is no bias when the current operator is substituted and one finds out that standards can not be met (because the new operator is slower than prior one) or are always exceed (because the new person is faster than the previous one). Finally it is also good practice to take times for each operator each time of the day during a minimum of 10 parts, not just one or two. The reason is that 10 or more (the higher the better) will allow the appraiser to capture a more realistic method including the opportunities for method variation from part to part. And this is exactly the problem, or the opportunity to refine the concept with six sigma techniques.

Applying good practice, three times a day, three operators and 10 parts at least will yield a total of 90 numbers or more for one cycle time study.  And the lean practitioner will then make an average of the 90 numbers to calculate and express the real cycle time of the operation he was making the time study for.  And we must applaud the rigorous scientific method used to eliminate subjectivity of fatigue as well as operator’s experience, but averages are what they are, cold useless numbers and do not show potential problems with variations. What is the point of using three operators, slow, normal and fast, to factor in the uncertainty of a substitute operator and still be able to meet standards, if there is too much difference between the slow operator and the fast operator that the average number is not showing? What is the point of using 10 parts or more to capture methods divergence that are translated into time, if there is too much difference in time between one applied method and another one, that the average number is not expressing?

When using lean six sigma the 90 numbers of operation time must be carefully studied with descriptive statistics before accepting the mean as the average operation cycle time. We recommend:

1. First that the standard deviation of the 90 numbers is calculated. Then calculate the coefficient of variation in the time study which is standard deviation divided by mean. And if the coefficient of variation exceeds 12%, then you must invalidate the study because of too much variations between the numbers, that is too much variability in the study which could in the future generate many noises about productive, efficiency and on time delivery, as well as activity based costing. It is important to establish the correct criteria as far as the maximum % allowed before validation of the study. The 12% is a good starting point but one must knows the complexity of the operation being performed and be very realistic about the variation allowed.
2. Second, of the coefficient of variation is below the rejection criteria (here of the 12%), then one must look at skewness of the time study distribution. Indeed if the distribution shape is skewed to the right and it happens to be the noon and afternoon times it could mean that the times are incrementing because of an undefined fatigue factor; if the shape is skewed to the left and it happens to be the morning times it could also mean that there are special causes high blood sugar level and energy or caffeine causing this. In any way, any excessive skewness must invalidate the time study.
3. At last, once the first two observations are acceptable, the kurtosis of the time distribution must be taken into consideration. The actual desired state is a leptokurtic time study. The higher the peak of the distribution the more validated is the study.

Lean Six Sigma is often used nowadays without understanding the full discipline it involved when combining the two methodical philosophies.

You may contact us at info@quantumtc.com to participate in a private coaching session to further explore with practical case studies this topic. Fees may be applied.
_________________
WSterlin
Nuestra filosofía: Walk, See & Solve 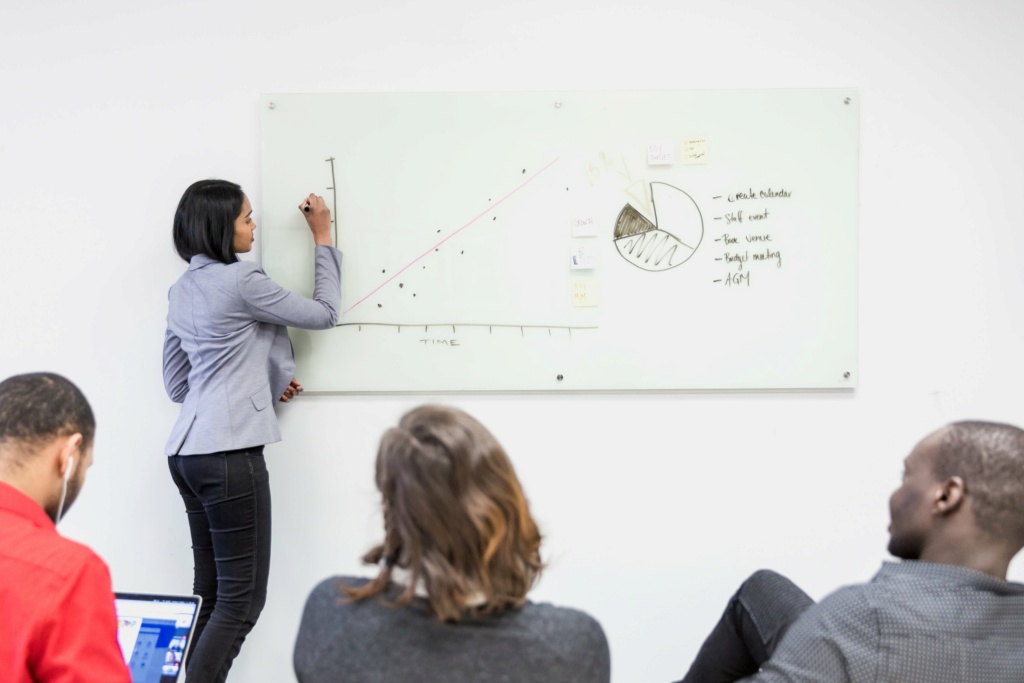 » What is Lean Six Sigma?